No, it isn't me or anyone I know. But if Ohio starts background checks before allowing anyone to speak out against bad legislation, it will be bad for this entire movement.

COLUMBUS, Ohio (WKRC) - A day after a Local 12 Investigation revealed that a child sex predator hid his criminal background when he met with some of Ohio’s most powerful lawmakers and other leaders, State Rep. Tom Brinkman says he has asked whether better background checks are needed to find out who is really meeting with legislators.

Brinkman made it clear he was not aware James Kronenberger, the founder of Fair Treatment Reform and Re-entry (FTRR), was a registered sexual predator who had been found guilty several times over nearly four decades for sex crimes against young children.

“If I would have known the information, things would have been a little bit different,”Brinkman said, conceding he not only met with Kronenberger, but worked with FTRR to draft a prison and parole reform bill -- a proposed mandate reforming Ohio’s prison system as well as providing early parole to non-violent offenders.

Kronenberger admitted he didn’t tell any of the state’s powerful lawmakers about his convictions for sex crimes against children as young as 5 years old, nor did he discuss details of his convictions for enticement, attempted kidnapping and harassment that led to him spending nearly 25 years in prison.

When asked why he withheld the information, he said, “I just never thought of it,” adding, “Nobody asked.”

Brinkman confirmed he and his office never vetted Kronenberger. No one on his staff even conducted a simple Google search.

“None was done at all,” Brinkman conceded.

“It’s terrifying,” said Bret Vinocur, the founder and president of Block Parole, Inc, an organization dedicated to keeping violent offenders in prison for their maximum sentences.

“You would think that members of the legislature who are working with people would vet them,” Vinocur said, after learning that lawmakers never conducted a basic search to find out who Kronenberger was.

Vinocur then quickly turned to question the validity of Brinkman’s bill calling for prison reform.

But Brinkman insists prison and parole reforms outlined in his bill are still needed but says the fact that Kronenberger didn’t disclose his disturbing past is a big problem.

“I wish I would have known who I was dealing with. There’s no question about that,” he said.

Now, Brinkman confirms he has asked the human resources office at the Ohio legislature to determine whether background checks should be made available to lawmakers before they meet with individuals like Kronenberger.
at 10/18/2019 10:15:00 AM 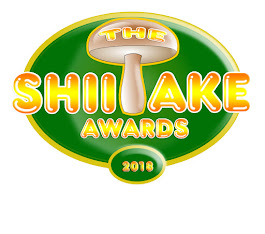