I have never seen a social panic spread faster than the amount of fearmongering over Pokemon Go. It hasn't even been a full month (Pokemon Go was released on July 6 and I'm writing this piece a mere 27 days later). I've already said my share of Pokemon related puns and quite frankly, I think these NY legislatures should be kicked in their Pokeballs.

First, Senators Jeff Klein (D-Bronx/Westchester) and Diane Savino (in the most sickening love story known to man) wrote a hilariously bad report called Pokemon NO that essentially states some spots in the augmented reality game were within a half block of a registered citizen. They followed up by making the following statements:

While children believe they are out to catch a pokémon, what might really be lurking could be a predator instead of a Pikachu. We want our children to have safe fun, but it makes no sense at all to give dangerous sexual predators a virtual road map to where our children congregate. We must update our law that already prohibits high level predators from using social media and we must make sure that gamers scrub these addresses from this game and future ones,” said Senator Klein.

“It’s dangerous to let our children linger in front of a sex offender’s home to play a game, and it’s absurd that a high-level predator should be allowed to have this map at his or her fingertips in the first place. We devised simple solutions in light of this alarming investigation to keep our laws up-to-date as technology advances,” said Senator Savino.

It is worth noting the press release equates registered citizen with pedophile, which is always grounds for nomination.

Then we have NY Governor Andrew Cuomo, who is trying to force the state to ban Pokemon Go from those on supervision.

Registered sex offenders in the state of New York will no longer be able to download and play Pokémon Go thanks to an order Governor Andrew Cuomo sent to the state’s Department of Corrections on Monday. In addition to prohibiting sex offenders on parole from playing Pokémon Go and other “internet-enabled gaming activities,” Cuomo sent a letter to Niantic, the game’s developer, to ask for help in keeping sex offenders out of the software.

He has also instructed the Division of Criminal Justice Services to send a database of information about New York’s registered sex offenders to Niantic in hopes that the company will prohibit those people from signing up, as Facebook has done. The governor’s directive, a new parole condition, will affect about 3,000 people. “These actions will provide safeguards for the players of these augmented reality games and help take one more tool away from those seeking to do harm to our children,” Cuomo said in a statement. 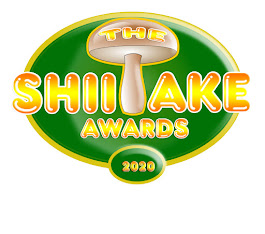